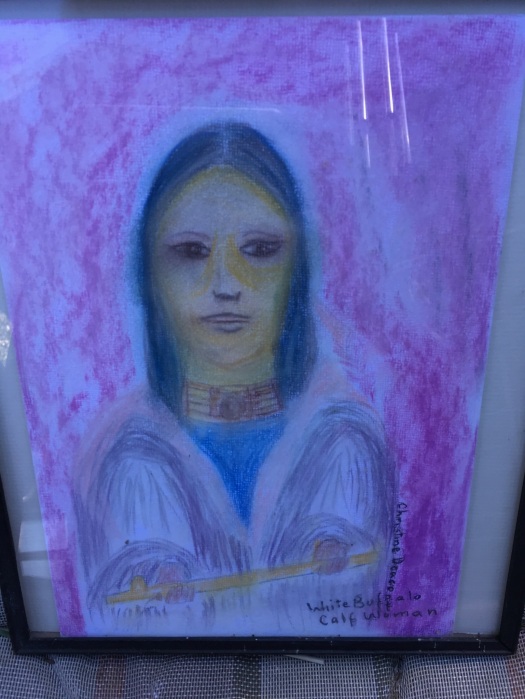 I experienced White Buffalo Calf Woman after doing a firewall. She is an American Indian Ascended Master who bought the peace pipe to the American Indians. She appeared standing on a mountain, I then noticed her lodge, a log cabin with a buffalo head above the door. I entered and joined others around the fire circle  She showed me we are the bridge between th earth and the Higher Dimension, ‘as above , so below’. She had a medicine bag with herbs and crystals, which she showed me. I got a mandala which was flecked goose feathers surrounded by down in a spiral pattern which took me from the crystal to her lodge.

She showed me a bamboo pipe which made the sound of running water -it was a bridge between two realities and was an important gift for me. I then saw a huge dome which was humming with energy, with beings looking in,

The bridge is the symbol of taking what I know from past studies and to integrate it with my new spiritual awareness. Bridge is The NOW moment. I can jump into depths or play safe I am Raven who is always present in healing circles and also in earth healing ceremonies

Later on that journey I went on a bush walk and she showed me which Australian plants for my medicine bag. I could feel them with my body.

I was given the gifts of the grail, the cup, the sword and the book, love, power and knowledge by Sananda.