There are three levels of knowledge: the intellectual, the experiential, and the realizational. Our job is to move knowledge up the incline from intellectual to realized.

Because of that, I lay stress on the experiential, without forsaking the intellectual. To move our knowledge up from being merely ideas to being shared experiences.

I want to share an experience I had at Cold Mountain Institute during a three-month resident fellowship in 1975-76.

Cold Mountain is a growth center like Esalen, located in rural BC (now called Hollyhock).

We did workshops for three months – much of it encounter, but also awareness, meditation, sexuality, art therapy, and communication workshops.

All of it was conducted at the experiential level and I had several realizations, nothing major, although they were the first I’d ever had and so they were major for me.

But the experience I wanted to share with you was of watching a man stand up in the dining room and hold forth for perhaps ten minutes.

And  all he said was how he felt. He went through nervousness, shame, and whatever lay on the other side. I remember sadness as well.  He’d repeat how he felt over and over and over again and it would change.  “I feel nervous.” x10  “I feel shame.” x10

Why was this magical for us?

We so valued him baring his soul. And we had another reason for valuing it.

We were there to increase our emotional acuity or awareness. Regarding ourselves for sure but also regarding others.

We paid attention to how each other was feeling but on few occasions did we get confirmation that we were accurate or off base in our estimations of what those feelings might be.

For sure people would share how they were feeling, but I mean more on a minute-by-minute basis – watching the flow of feeling.

Now here was Sathyam revealing himself in this way, being the feeling and naming it at the same time. It allowed us to validate our ability to perceive others’ emotional states or not. We could set our compasses on what Sathyam was saying.

So it was not only moving but also supremely helpful.

That whole environment was experientially savvy. We’d do ourselves an injustice if we thought that generation was somehow behind us. In many ways, they were ahead.

I’d like to see us up-level our knowledge from the merely intellectual to the experiential as well. Fundamentally that would involve being or becoming aware of how we and others feel. 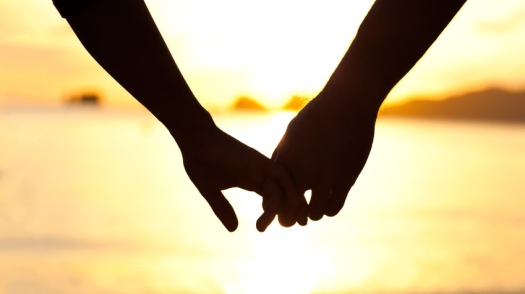 Archangel Michael on the New Form of Relationships
July 19, 2017 by Steve Beckow

I came across this excerpt from a reading Kathleen and I had with Archangel Michael in 2014 while researching for a book on sacred partnership.

So much of what he said back then is assuming greater and greater relevance now. Here he looks at the new form of relationships.

Archangel Michael: The [new] form of sacred union and partnership [is] where you truly come together, unique, individual, diverse. We are not trying to meld your hearts, your souls, your personalities, your talents, your abilities, but they tend to complement one another, and yes, at times and places to conjoin and to co-create.

But the sacred union is one of truly engaging, not only in a relationship that is based on freedom, liberation, love ― and that is where I have begun with you this day, of being love, loving, and being the love, being in love, allowing yourself to love, allowing yourself to be loved, to allow this love to spill from you to the collective, to utilize the energy of that love to create and to co-create both in the very large sense and in the very individual sense of your family.

So it is a new level of participation, of being truly united in heart. It has not ― well, it did in the very beginning, but ― it has not existed, or it has existed by exception rather than the rule, since the demise of the third dimension.

This form of relationship was in place in the very beginning. As the beginning creator race came to the planet, this was the way in which sacred union worked.

Then came the false grids, the paradigms, the illusions, can we say the fall from grace, in many ways. And so it is not that this type of union never existed on planet. It did here and there, now and then, but it most certainly was not the norm. It was not even truly even aspired to, because it was not conceived of.

One of the primary elements in the new form of partnership is not merely freedom, it is a sense of selflessness. And I use this word not to mean, in any way, shape or form, sacrifice.

But merely a sense of selflessness insofar… not that you lose yourself, but the importance of the soul as defined previously by ego disappears. And that is also part of the ascension, as you well know.

You’re talking about being space?

AAM: I am talking about being the truth of who you are.
|
It’s not sacrifice …

Now, the new form does not in any way eliminate what we would call the bliss and zing factors. We are not suggesting that in any way these are pushed to the side. They are not. (Archangel Michael in a personal reading with Steve and Kathleen through Linda Dillon, May 28, 2014.)